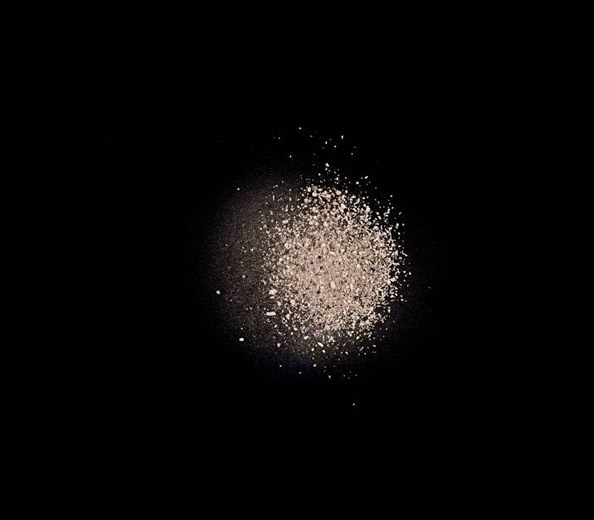 (TORONTO: October 7, 2008) The Art Gallery of Ontario has acquired Pascal Grandmaison's Hoping the Light Will Save Us 1, 2008, Shirley Wiitasalo's Orange, 2007, and Spring Hurlbut's Mary #1, From Deuil, 2006, at this year's Toronto International Art Fair (TIAF).

Acquisition of the works was made possible using proceeds from TIAF's Opening Night Preview gala, and through the generous support of the Canada Council for the Arts' Acquisition Assistance program.

"These three artists create some of the most challenging yet poetic work being produced today," says David Moos, curator of contemporary art at the AGO. "The resonant content of these works sits well in the collection of the AGO."

This is the second time the AGO has made a purchase using funds raised from the event's Opening Night Preview. Final selections were made by Moos and Dennis Reid, AGO's director of Collections and Research. Jay Smith, chair of the AGO's contemporary curatorial committee, played an active role, and associate curator Michelle Jacques and assistant curator Ben Portis also participated in the selection process.

Grandmaison was Born in Montreal in 1975, and Hoping the Light Will Save Us 1, 2008 is his first in the AGO's collection. This work is an example of his use of contemplative subjects occupying a large photograph. His work has been exhibited across Canada and Europe, including shows organized by Musée d'art contemporain de Montreal that travelled to the National Gallery of Canada, among other museums. He is represented by the Galerie René Blouin, Montréal. 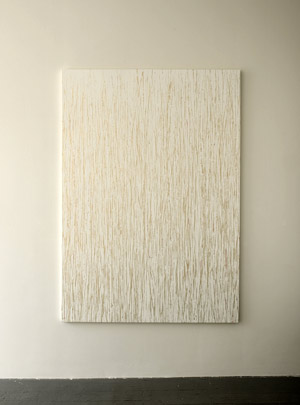 Wiitasalo was born in Toronto in 1948 and is a familiar artist to the Gallery. The AGO presented a solo exhibition of her paintings in 1987, and currently houses 15 of her works. Orange, 2007, one of four in a series, is a departure from Wiitasalo's usual technique. Using acrylic colours that refract light, this painting uses minimal content and brilliant movement. Wiitasalo received the Toronto Arts Award for Visual Art in 1993 and the Gershon Iskowitz Foundation 1998 Annual Prize. She is represented by the Susan Hobbs Gallery, Toronto.

Mary #1, from Deuil, 2006 is Hurbut's third addition to the AGO's contemporary collection. She currently lives and works in Toronto, and has an extensive history of exhibitions nationally and internationally. Hurlbut's work with remains from cremations is a departure from her previous pieces dealing with the conjunction between art and architecture, and her exploration of natural history. She is currently featured in the public collection of the National Gallery of Canada and is represented by Georgia Scherman Projects, Toronto.

The Opening Night Preview was spearheaded by a committee of AGO volunteers, chaired by Cathy Parkes. The Toronto International Art Fair 2008 is generously supported by RBC Wealth Management, the Presenting Financial Partner; Pioneer, the Exclusive Electronics Partner; and AXA, the Exclusive Art Insurance Partner. Artists' attendance at the Opening Night Preview is generously supported by Vespa.

For media information about the AGO, please contact:
Antonietta Mirabelli, 416-979-6660, ext. 454, Antonietta_Mirabelli@ago.net

The Art Gallery of Ontario (AGO) and Aeroplan have announced that Winnipeg photographer, Sarah Anne Johnson, is the winner of the inaugural Grange Prize for Contemporary Photography.

AGO Youth Council Programming Focuses on Identity, Nationality and Community

July 31, 2008. Throughout 2008, the AGO Youth Council will showcase a lineup of innovative programming with three major projects that focus on identity, nationality and community

December 8, 2008. Ken Thomson's unparalleled collection of Canadian works of art includes an important group of First Nations objects which span two millennia, from around 200 BC to the late 19th century

Corporate Community Continues to Support the AGO Through Bold New Partnerships

October 8, 2008. The AGO is pleased to announce several new partnerships, adding to the already impressive corporate support for the Gallery's future programming

Toronto, December 2, 2008. One of the most distinctive architectural features of the Frank Gehry-designed Art Gallery of Ontario opens to the public this Thursday, December 4.

Enthusiastic Crowds Stream Through Transformed AGO

November 4, 2008. On November 27 the Art Gallery of Ontario and the Gershon Iskowitz Foundation acknowledge Françoise Sullivan’s contribution to visual arts in Canada.

October 28, 2008. Long-time AGO donors and art collectors Vivian and David Campbell are significantly increasing their support of Transformation AGO with a generous and trail-blazing donation that will also enhance the success of future AGO fundraising campaigns.