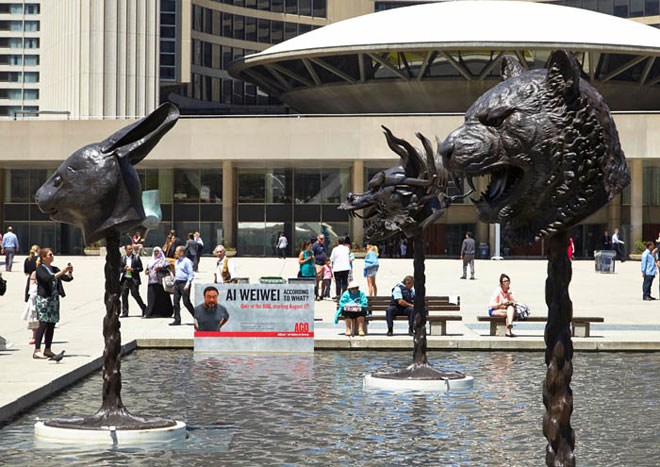 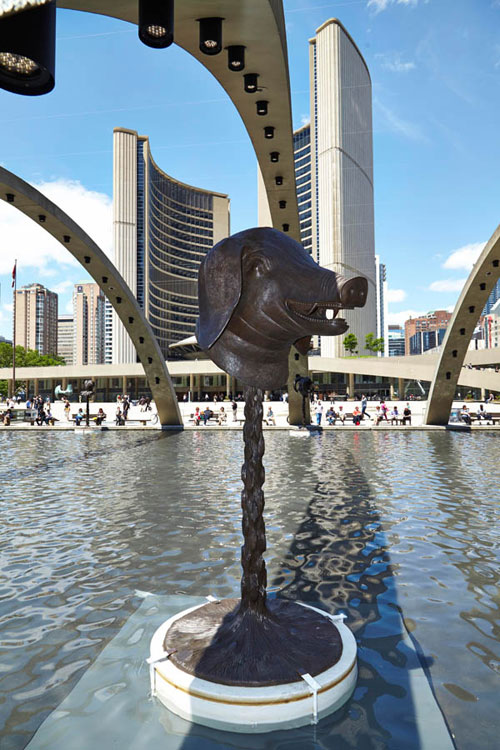 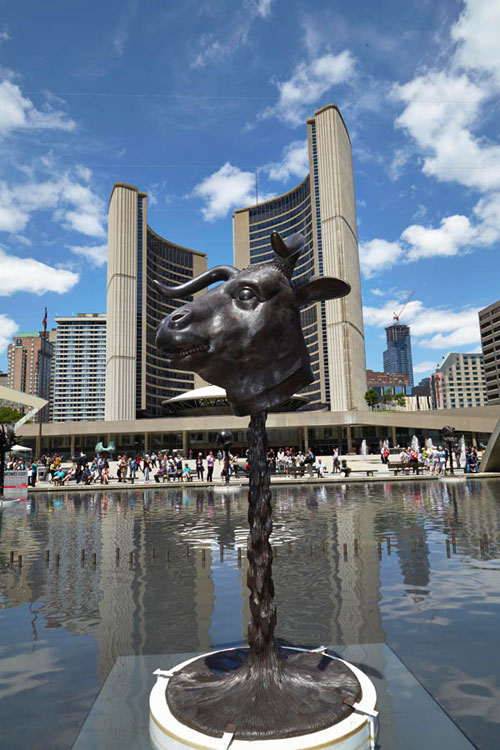 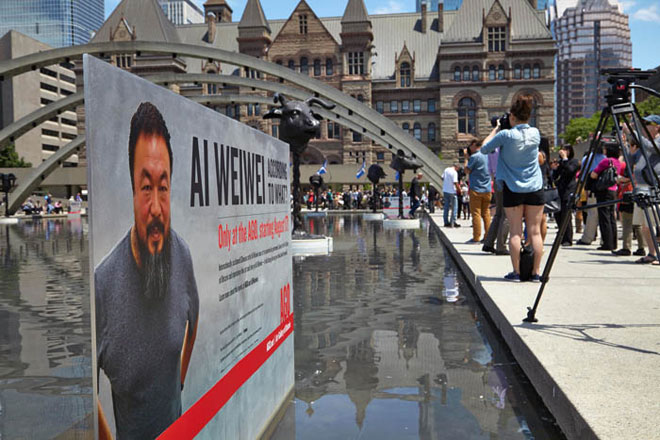 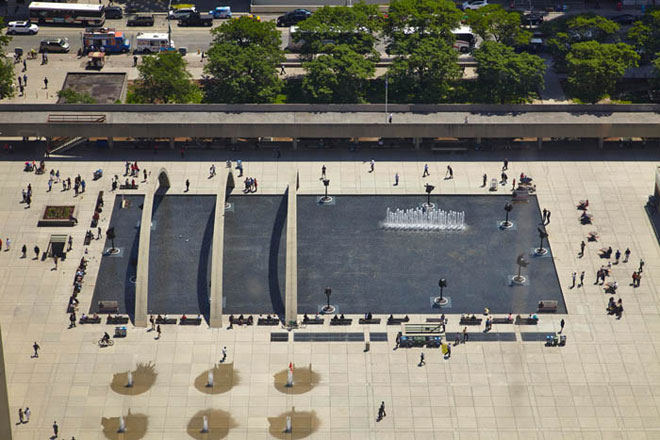 Ai Weiwei has reinterpreted the 12 bronze animal heads representing the Chinese zodiac that once stood in the gardens of the Yuanming Yuan (Garden of Perfect Brightness, Old Summer Palace), an imperial retreat in Beijing. In accordance with the conventions of the traditional Chinese zodiac, the works are installed in an oval in the following order: Rat, Ox, Tiger, Rabbit, Dragon, Snake, Horse, Goat, Monkey, Rooster, Dog and Pig. Each of the works is one solid piece of bronze and stands roughly 10 feet high on a marble base. Their weight ranges from 1,500 to 2,100 pounds.

Designed in the 1700s by two European Jesuits, serving in the court of Emperor Qianlong of the Qing dynasty (1644-1911), the 12 zodiac animal heads originally functioned as a water clock-fountain in the magnificent European-style gardens. In 1860 the palace was ransacked by French and British troops and the zodiac heads looted. Some were taken to the collections of the French and English courts and other appeared in auction houses in London and Beijing. Only seven of the 12 figures are still known to exist. Five were repatriated to China, but ownership of the remaining two remains contested.

In reinterpreting these objects on an oversized scale, Ai’s Circle of Animals/Zodiac Heads focuses attention on questions of looting and repatriation, while continuing his ongoing exploration of the fake and the copy in relation to the original.

Installed in Nathan Phillips Square in advance of the exhibition Ai Weiwei: According to What?, running Aug. 17 to Oct. 27, 2013, Circle of Animals/Zodiac Heads is Ai’s first major public sculpture project and has previously appeared in Washington D.C., Sao Paulo, London, New York, Los Angeles and Taipei, among other cities.