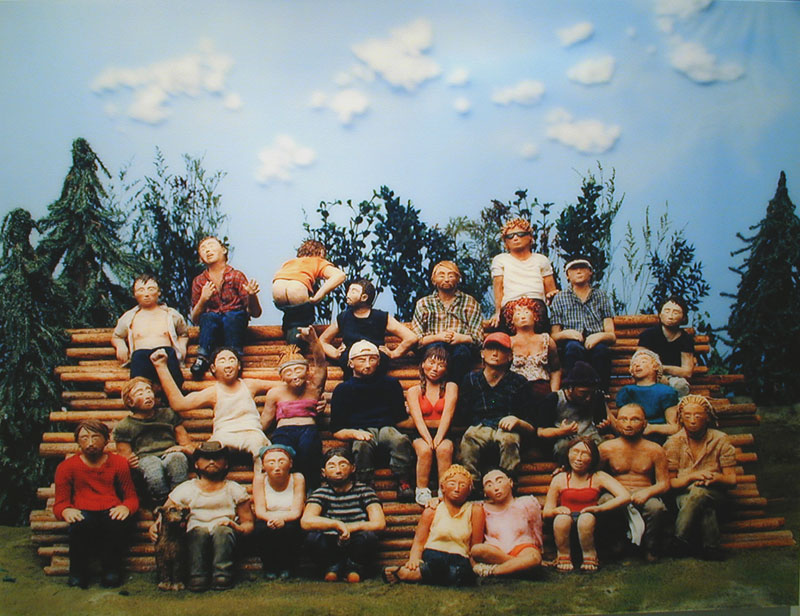 Sarah Anne Johnson received her BFA from the University of Manitoba in 2002, and went on to complete her MFA at The Yale School of Art in 2004. Johnson's work has been exhibited in numerous solo and group exhibitions internationally including, ‘Haunted: Contemporary Photography/ Video/ Performance’ at the Guggenheim Museum (2010); 'Guggenheim Collection: 1940s to Now' at The National Gallery of Victoria in Melbourne, Australia (2007); The Montreal Biennial (2006); 'Imprints' at the Canadian Museum of Contemporary Photography and 'J'en Reve', Foundation Cartier, Paris, France (2005).

In 2009 Sarah was invited to participate by The Farm Foundation in a new program where a group of artists, activists and scientists traveled to the Arctic Circle for 21 days and made work about the experience. In early 2011 she had an exhibition at the Julie Saul Gallery in New York and at Stephen Bulger Gallery entitled Arctic Wonderland. Later in 2012 she will be included in the group exhibition Winnipeg Now at the Winnipeg Art Gallery.

She is the recipient of numerous grants and awards, including 'The Grange Prize', granted by the Art Gallery of Ontario and Aeroplan, and a ' Major Grant' from the Manitoba Arts Council. She was a finalist for the 2011 Sobey Art Award. She has received positive reviews from Roberta Smith in The New York Times, Vince Aletti in Modern Painters, and Jerry Saltz in The Village Voice. Her shows have been written up in Art Forum, Frieze and various Canadian art magazines. She is included in several distinguished collections including The Guggenheim Museum in New York, and The National Gallery of Canada. She has lectured to audiences of more than two hundred people internationally. Currently, she lives in Winnipeg.