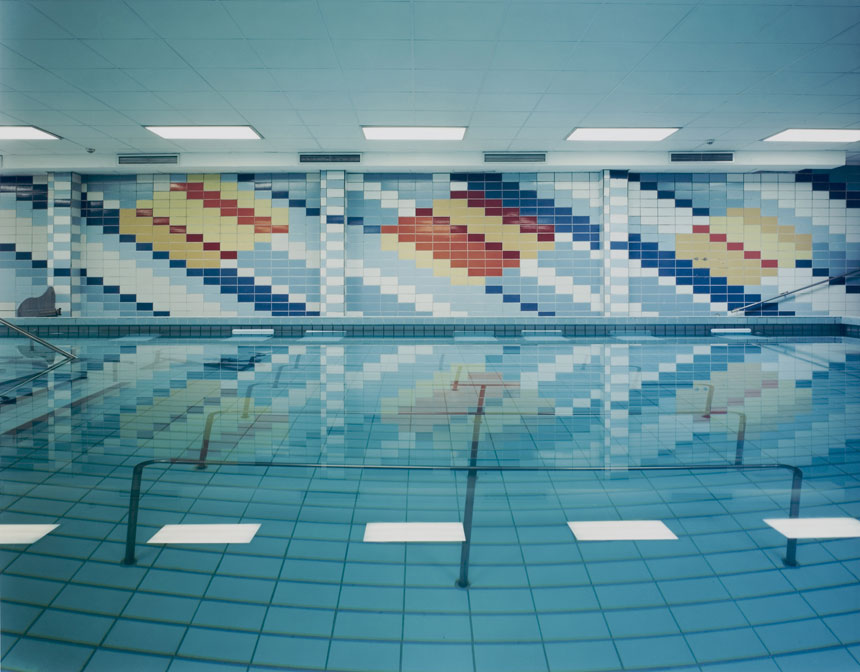 Since the early 1970s, Montreal based artist Lynne Cohen has focused her attention on the strangeness and contradictions in the everyday world, photographing domestic and institutional interior spaces such as men’s clubs, classrooms, spas, military installations, laboratories and other uninhabited public and private interiors. While Cohen’s work has a social and political edge, and is sometimes critical, it also has a wry humour. The sites she photographs exist, but often look like constructions or installations lifted from a contemporary art museum.

Cohen has been in countless solo and group exhibitions around the world, and is represented in over 50 public collections, including the National Gallery of Canada, the Australian National Gallery, the Bibliothèque nationale de France, the Art Institute of Chicago, the Metropolitan Museum of Art in New York and the Canada Council Art Bank. She has published five monographs: Occupied Territory, L’endroit du décor / Lost and Found, No Man’s Land, Camouflage and Cover, in addition to many individual and group catalogues. 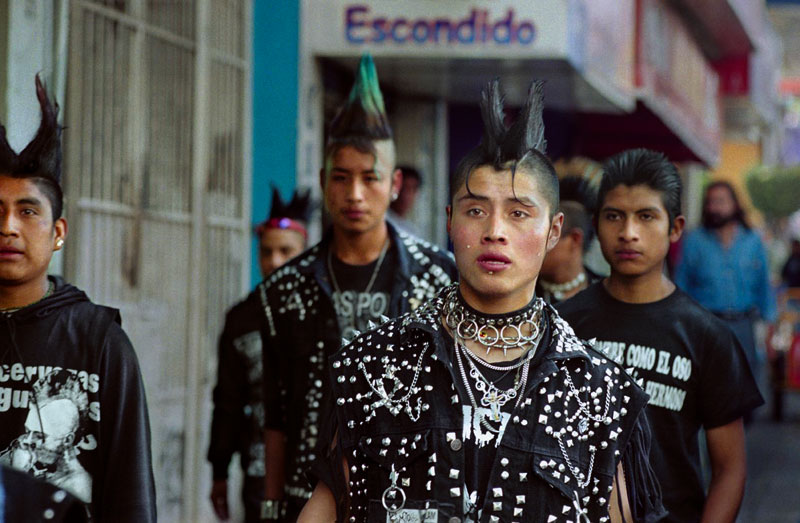 Federico Gama was born in Mexico City in 1963. He studied journalism at the National Autonomous University of Mexico and graphic design at the Autonomous Metropolitan University Xochimilco. He has been a documentary photographer of urban youth and themes since 1988. Gama’s work has received numerous awards and recognitions. In 2008, he was nominated for the All Roads Photography award by the National Geographic Society. In 2002, he was awarded the main prize at the 10th Photography Biennale organized by Centro de la Imagen. During the tour of the exhibition for this biennale, Gama won the Audience Award in the cities of Mexico and Oaxaca. In 1999, Gama received first place in the International Biennial of Photography in Puerto Rico. In 2001, he was among the finalists for the first edition of the Premio Nuevo Periodismo Iberoamericano en Cartagena, Colombia. He was a fellow of the Young Creators Grant program of FONCA in 1997.

Gama has participated in 20 individual and 33 group exhibitions in Mexico, Italy, Argentina, Guatemala, Brazil, Germany, China, the United States and Spain. He has lectured at conferences and university courses, and at schools of photography. He is co-author of Jóvenes, Cultura e Identidades Urbanas (Youth, Urban Culture and Identities) (Porrúa and UAM Iztapalapa, 2002), and Cholos a la Neza, Otra Identidad de la Migracion (Cholos a la Neza, Another Identity of Migration) (IMJ, 2008). 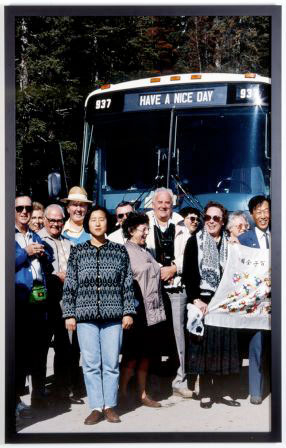 Jin-me Yoon was born in 1960 in Seoul, Korea. She immigrated with her family to Vancouver, Canada, in 1968. Yoon received a Bachelor of Arts in psychology from the University of British Columbia, a Bachelor of Fine Arts from Emily Carr University, and a Master of Fine Arts degree from Concordia University. As an artist working with photography and video, Yoon's work is recognized across Canada and internationally for contributing to ongoing discussions about the complexities of identity and place in an accelerated, globalized era.

Using herself as subject, Yoon explores how her own image and history function in a wider context. Works like Souvenirs of the Self, A Group of Sixty-Seven, Touring Home from Away, and Unbidden deal with interrelated questions of identity, memory and place – as well as with social and psychic displacement. Through subtle humour and a variety of references and associations, Yoon's work addresses the social and historical narratives, constructions and representations that surround these questions.

Yoon currently lives in Vancouver, where she teaches visual arts at Simon Fraser University’s School for the Contemporary Arts. Her work is represented by Catriona Jeffries Gallery in Vancouver.