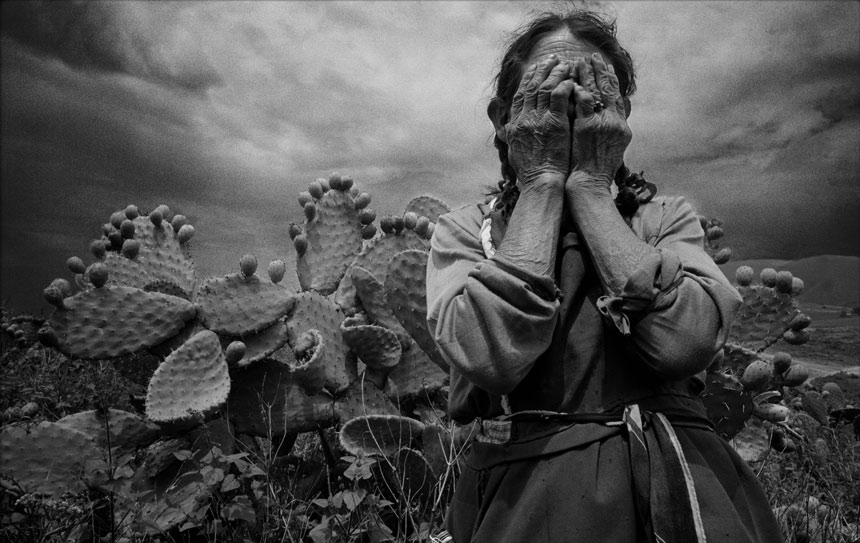 Marco Antonio Cruz studied painting in Puebla and later worked in Mexico City as Héctor García's assistant. As he learned more about photography, Cruz was also heavily influenced by the work of Nacho Lopez. Since 1979, Cruz has been published as a photographer in major Mexican newspapers, such as La Jornada, and in magazines – most notably LIFE, which featured one of his well known images from the 1985 Mexico City earthquake. In 1984, Cruz and a group of colleagues created the photographic agency Imagenlatina. Cruz has participated in numerous individual and collective exhibitions in Mexico and the United States. He has published two books: Cafetaleros (Coffe Workers) (Imagenlatina, 1996), documenting the exploitation of coffee workers in Guatemala, and Contra la Pared (Against the Wall) (Grupo Desea, 1993).