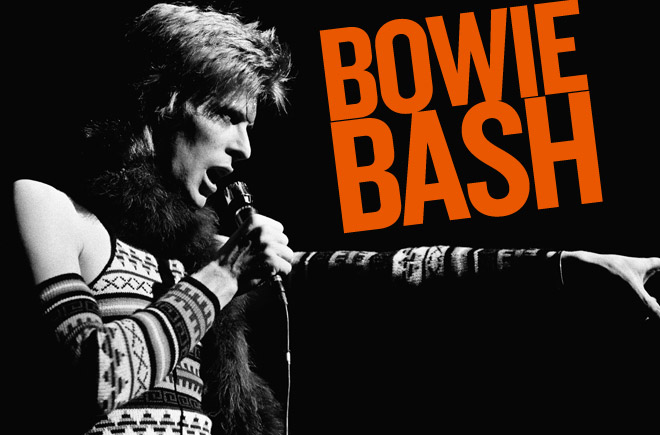 To say farewell to the blockbuster exhibition David Bowie is the AGO held an exclusive, closing party on Saturday, November 23rd. Over 425 guests channeled their inner Bowie as they arrived dressed in elaborate outfits inspired by his many personae and stage outfits. For those who wanted added Bowie-flair, makeup artists were on hand to paint faces with Ziggy Stardust-inspired lightning bolts. Decor by McNabb Roick Events transformed the Gallery into a spectacular homage to the many faces of Bowie, from the Thin White Duke to Aladdin Sane. Artist Mahmood Popal created two pieces specifically for the evening that explored Bowie's focus and vision as part of his creative process when developing new characters.

Abundant dinner stations in Walker Court by the AGO's executive chef Jeff Dueck fueled guests for the festivities ahead. When dinner concluded, the Bash began in Baillie Court with a special tribute by Joey Arias presented by MAC Cosmetics – Arias performed with Bowie and Klaus Nomi on Saturday Night Live in 1979. Toronto-based electro-pop maestro Diamond Rings had everyone dancing for his dynamic set of original music, followed by a special DJ set of Bowie mash-ups by Jian Ghomeshi. Singer and DJ Sandy Duperval wowed guests with her exceptional vocals and DJ set that highlighted musicians whose work has been influenced by Bowie. The event raised over $385,000 in support of exhibition programming, such as bringing shows like David Bowie is to the AGO. A big rock star thank you to our co-chairs, committee, sponsors and guests for their support and Bowie spirit.

Costumes, materials and objects courtesy of the David Bowie Archive, with thanks to Archivist Sandy Hirshkowitz.

Exhibition in partnership with