Hubert Robert. View of the Vaulting in St.Peter's Taken from an Upper Cornice 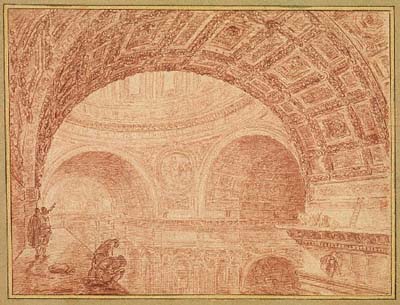