Lambert Doomer. Noah's Ark on Mount Ararat, a Camel Train outside a City in the Foreground 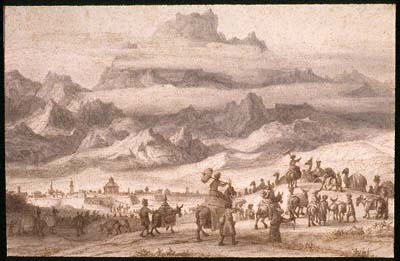