Programmed by Jacqueline Najuma Stewart in conjunction with the exhibition Theaster Gates: How to Build a House Museum, this series takes up questions about the Progress of the Race, with an emphasis on the role of place in the ongoing quest for Black freedom. They consider the histories of Black places, and the place of Black histories, in the necessary imaginative work toward building better Black futures.  Films by William Greaves and John Akomfrah explore notions of Black self-determination and self-discovery as they are elaborated at intersections of African and Diasporic artistic practices. Frances Bodomo and Kevin Willmott tell stories of space/time travel, missions to make Black progress via "white" technologies and genres. Finally, Ben Caldwell, Shirikiana Aina and Monona Wali bring us back to Earth, activating empowering histories and possibilities latent in Black buildings, bodies and, significantly, Black youth, the future of the Race.

Jacqueline Najuma Stewart is Professor in the Department of Cinema and Media Studies at the University of Chicago and Director of the Richard and Mary L. Gray Center for Arts and Inquiry. Her publications include the award-winning books Migrating to the Movies: Cinema and Black Urban Modernity (University of California Press, 2005) and LA Rebellion:  Creating a New Black Cinema (co-editor, University of California Press, 2015).  She is co-curator of Kino Lorber's box set Pioneers of African American Cinema. Her film work in Chicago includes directing the South Side Home Movie Project and serving as Curator of Black Cinema House, a neighborhood-based film exhibition venue run by Theaster Gates’ Rebuild Foundation.

Presented in conjunction with the exhibition Theaster Gates:  How to Build a House Museum 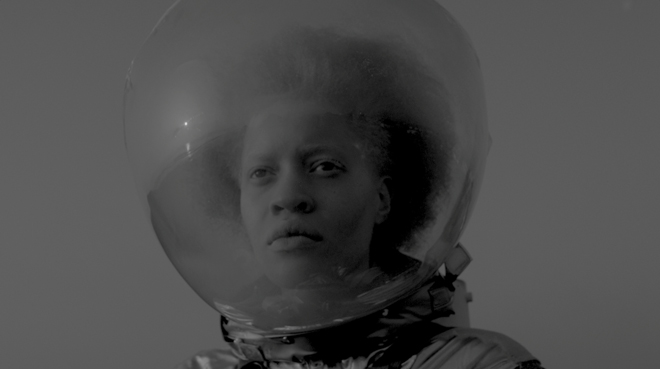