See this work in Maxine Granovsky and Ira Gluskin Hall, close to the Dundas Street entrance 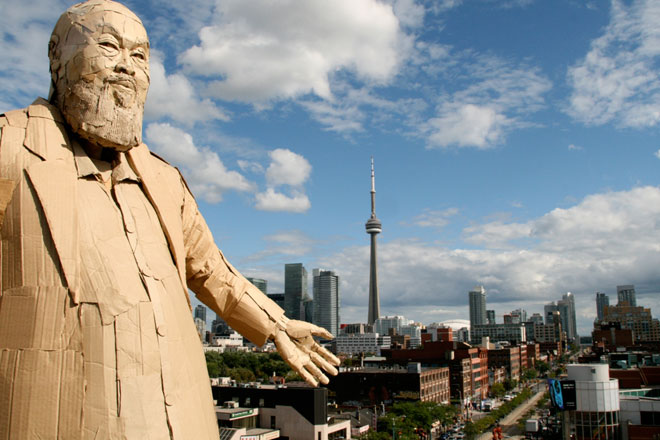 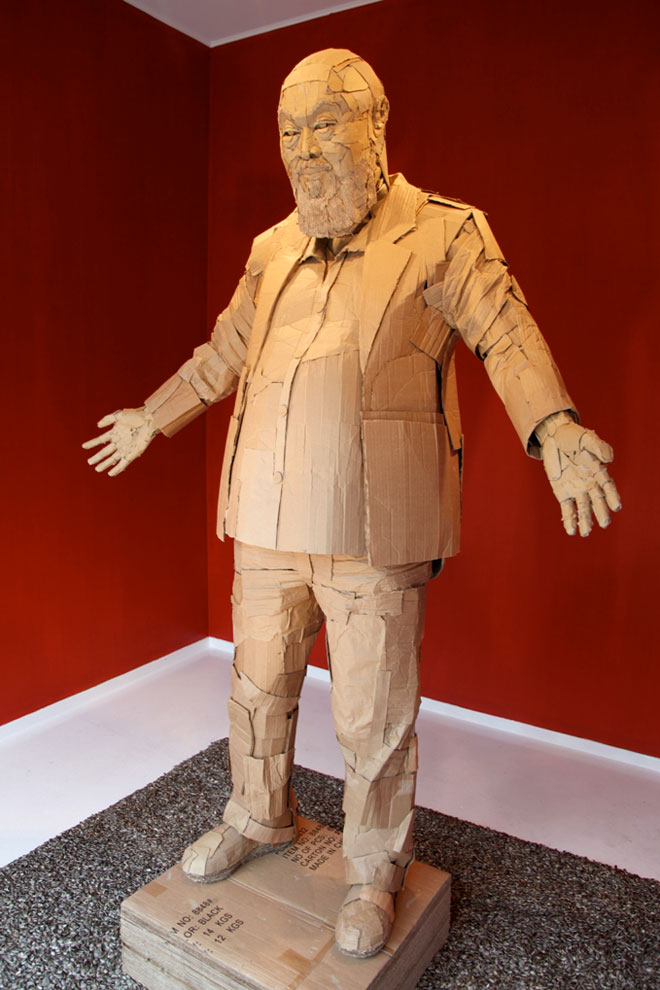 Toronto-based interventionist artist Sean Martindale created Love The Future / Free Ai Weiwei during Ai's detention by Chinese authorities in spring 2011. This show of solidarity is intended to raise awareness and further dialogue about the internationally acclaimed artist’s situation, as well as those of others disappeared due to their political and artistic expression. The eight-foot-tall statue is made entirely out of salvaged cardboard Martindale collected in and around Toronto’s central Chinatown neighbourhood.

Although Ai was conditionally released on house arrest on June 22, 2011 — the eve of Martindale’s project launch at the Whippersnapper Gallery in Toronto — he and other politically outspoken individuals continue to face government repression. In fact, Ai is still far from free, unable to leave his country because the government will not return his passport. This piece highlights not only Ai's struggle, but also the dangers many artists and political dissidents confront globally. Martindale’s artistic practice is closely connected to the politics of public space, and as a result his work is constantly subject to, and within the parameters of, the overarching politics of how we regulate freedoms of expression, mobility, association and so on, in such spaces.

The Love The Future / Free Ai Weiwei project has continued in the form of temporary public installations at events and sites of political significance around Toronto such as outside City Hall, the Queen’s Park Legislature and the Consulate-General of the People's Republic of China. At each site, the statue has been documented, and thousands of sunflower seeds left behind as physical yet ephemeral traces of its presence. The project has also been exhibited at the University of Toronto’s Hart House, in Montreal at PAPIER12, at the Royal Ontario Museum for the 2012 opening of Hot Docs and at Toronto City Hall for Asian Heritage Month, in May 2012.