This car is named after the famous 563-carat star sapphire, the “Star of India”. Other than the name, what details on the car are inspired by Indian culture?

What words would you use to describe this car? What does this car tell us about its owners?

What would it feel like to ride in this car? 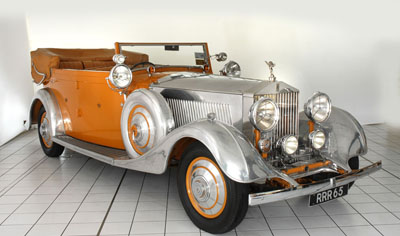 The history of this special car reflects the history of India during British imperialism. After over half a century abroad, this car will be returned to the family of the original owner after the exhibition ends at the AGO. Many works of art and artifacts in museums were taken, sometimes forcibly as trophies of war, from their original place of origin to another country. Do you think such objects should be returned to their places of origin? Why?
New to Tumblr? Start here.

Maharajas began travelling to Europe more and they began to commission portraits, jewellery, clothes and cars from European designers and companies. This car was commissioned by the Thakore Sahib of Rajkot to replace his 20-year-old Rolls-Royce. He had the car customized with special lights and had the Rajkot state crest appear on the doors and side windows along with the motto “Dharmi praja raja.” This means “An impartial ruler of men of all faiths.”

Owning luxury goods helped the modern Maharaja to continue the tradition of the king as a patron of the arts and to develop relationships with the West. The meeting of the Maharaja’s taste with European design created unique objects that blended the styles of India and Europe. These beautiful and expensive objects also led some people to feel that the king was spending too much money and not taking responsibility for his own people and their problems. 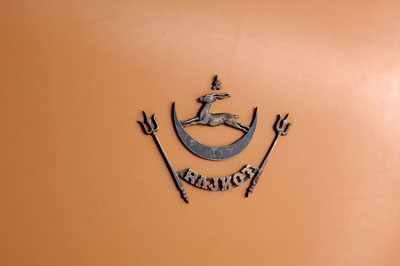