Under the Spell: Surrealism and the Cinema 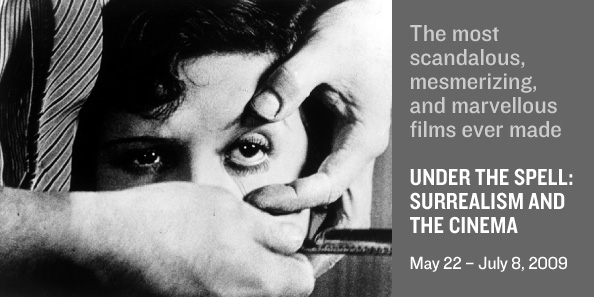 The Surrealists were wild about the cinema. They were seduced by film’s ability to create dreamlike states and liberate minds from the mundane cluthes of reality. Under the Spell pairs Surrealist films – such as the scandalous Dalí-Buñel collaboration Un Chien andalou – with the works of mainstream cinema that inspired their strange adventures. This series is shown in conjunction with the AGO’s Surreal Things exhibition.

Under the Spell begins Friday, May 22, at 7:00pm with the most famous short film of all time, Un Chien andalou, followed by the outrageous L’Âge d’or.

This lecture explores how Surrealism evolved from art movement to commercial phenomenon.