Unprecedented Partnerships Bring Drama to Life at AGO 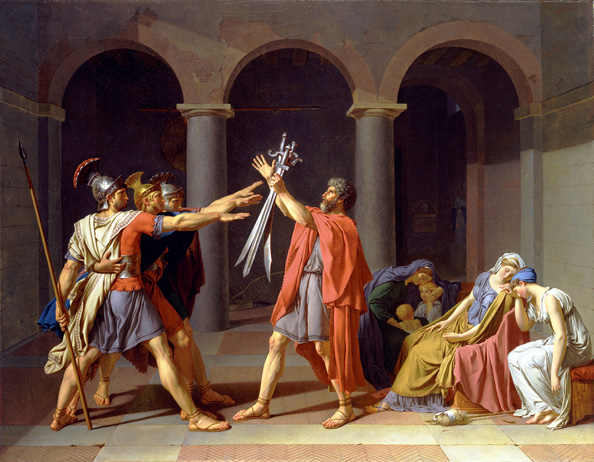 (TORONTO - May 25, 2010) The Art Gallery of Ontario's major summer exhibition will feature the voices of Stratford's brightest stars, live performances from cast members of the Canadian Stage TD Dream in High Park, and Degas-inspired ballet performances by Opera Atelier's Artists of Atelier Ballet. These are just a few of the unprecedented partnerships between the AGO and Canada's most prominent performing arts organizations - ensuring that Drama & Desire: Artists and the Theatre will be an exhibition like no other.

Co-designed by Gerard Gauci of Opera Atelier, Drama & Desire opens on June 19 and continues through September 26, 2010. The AGO has collaborated with some of the best of Canada's performing arts community to bring the artworks to life in a variety of innovative and dynamic ways, including:

"We're thrilled that so many of Canada's incredible theatre and performing arts institutions are collaborating with us to make Drama & Desire a new kind of art experience," says Matthew Teitelbaum, the AGO's Michael and Sonja Koerner director and CEO. "Not only will visitors encounter artworks by so many great masters, they'll also see, hear, and feel the magic of theatre come to life around them."

Conceived by Guy Cogeval, president of the Musée d'Orsay in Paris, Drama & Desire includes over 100 paintings, drawings and theatrical maquettes by masters such as Edgar Degas, Eugène Delacroix, Jacques-Louis David, Jean Auguste Dominique Ingres, William Blake, Aubrey Beardsley, Henri de Toulouse-Lautrec, and Édouard Vuillard. The works were selected from the world's greatest museums, including the Louvre, the Metropolitan Museum of Art, the Musée d'Orsay, the British Museum, and the Victoria & Albert Museum. Katharine Lochnan, the AGO's deputy director of research, and the R. Fraser Elliott curator of prints and drawings, is the AGO's lead curator for Drama & Desire.

Drama & Desire will be on view in the AGO's Sam and Ayala Zacks Pavilion and is a specially ticketed exhibition. Admission ranges from $14.50 for youth and student tickets to $25.50 for an adult ticket. AGO members will be invited to an exclusive preview of the exhibition on June 16 and 17, and will receive free admission to Drama & Desire throughout its run.

Drama & Desire leads a strong Summer Season at the AGO, focused around themes of storytelling. Playing with Pictures: The Art of Victorian Photocollage and the second Toronto Now installation, by Sebastian Butt, Janis Demkiw, Olia Mishchenko, Sandy Plotnikoff, and Christine Swintak, both open June 5; The Storyteller opens June 9; and Janet Cardiff: Whispering Room opens June 11, part of the 2010 Luminato Festival

National Bank is the Lead Sponsor of Drama & Desire: Artists and the Theatre, and the exhibition is supported by PACART Fine Art. The exhibition is organized by la Direction des Musées de Marseille, Museo di arte moderna e contemporanea di Trento e Rovereto (MART), and the Art Gallery of Ontario. The exhibition features exceptional loans from the Musée D'Orsay. Supported by the Department of Canadian Heritage through the Canada Travelling Exhibitions Indemnification Program. The AGO is the sole North American venue for Drama & Desire.

With a permanent collection of more than 79,000 works of art, the Art Gallery of Ontario is among the most distinguished art museums in North America. In 2008, with a stunning new design by world-renowned architect Frank Gehry, the AGO opened its doors to the public amid international acclaim. Highlights include Galleria Italia, a gleaming showcase made of wood and glass running the length of an entire city block along the Gallery's façade; and the feature staircase, spiraling up through the roof of Walker Court and into the new contemporary galleries above. From the extensive Group of Seven collection to the dramatic new African Art gallery; from the cutting-edge works in the Vivian & David Campbell Centre for Contemporary Art to Peter Paul Rubens' masterpiece The Massacre of The Innocents, a highlight of the celebrated Thomson Collection, there is truly something for everyone at the AGO.