← Back to Performances & Events 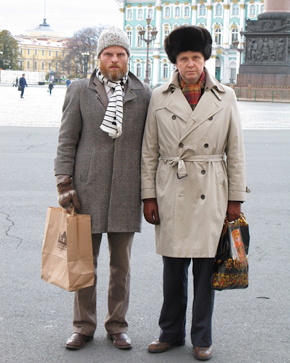 RUSH TICKETS:
A very small handful of rush tickets will be available at the AGO Main Entrance at 9pm.

Icelandic artist Ragnar Kjartansson is one of the most acclaimed performance artists of his generation. His work, characterized by durational experiments, employs the language of art, music, and theatre while playing on contradictory emotions. Inspired by classical and popular musical traditions and accompanied by his musician friends, Kjartansson will create a unique performance not to be missed. The event coincides with the opening night of Villa Toronto, an innovative international art project organized by Raster Gallery based in Warsaw, Poland.

Performance presented in partnership with i8 Gallery.

Ragnar Kjartansson draws on the entire arc of art in his performative practice. The history of film, music, theatre, visual culture and literature finds its way into his video installations, durational performances, drawing and painting. Pretending and staging become key tools in the artist's attempt to convey sincere emotion and offering a genuine experience to the audience. Kjartansson's playful work is full of unique moments where a conflict of the dramatic and the banal culminates in a memorable way. Kjartansson studied at the Iceland Academy of the Arts, he was born in 1976 in Reykjavík, where he still lives today. Kjartansson was the recipient of Performa’s 2011 Malcolm McLaren Award for his performance of Bliss, a twelve-hour live loop of the final aria of Mozart’s The Marriage of Figaro and in 2009 he was the youngest artist to represent Iceland at the Venice Biennale’s International Art Exhibition.

Davíð Þór Jónsson is a pianist, composer, improviser, performing artist and a multitasking musician who lives and works in Reykjavík. He was born 1978 in Seyðisfjörður, Iceland and has been playing the piano and keyboards since age of 9.  Jónsson’s main focus and interest is in improvisation and composition can meet effortlessly as a creation of musical ideas and. Ragnar Kjartansson is his main collaborator in visual arts and together they worked on three major projects: The Visitors (2012); The End (2009); and God (2007).

A roving art event that moves from city to city every few years, the VILLA project works with international art galleries to create a temporary, ongoing art community that is dynamic and ever-expanding. VILLA TORONTO, presented by Warsaw’s Raster Gallery in association with Toronto’s Art Metropole, brings over twenty local and international art galleries to the Great Hall of Union Station from January 16 to 23, 2015. Accompanying this presentation, in cooperation with local art organizations, there will be a series of special events throughout the city. The one-week program is free and open to the public.