Vincent van Gogh. A woman with a spade, seen from behind 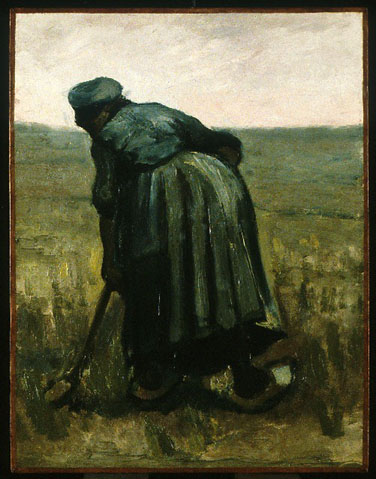