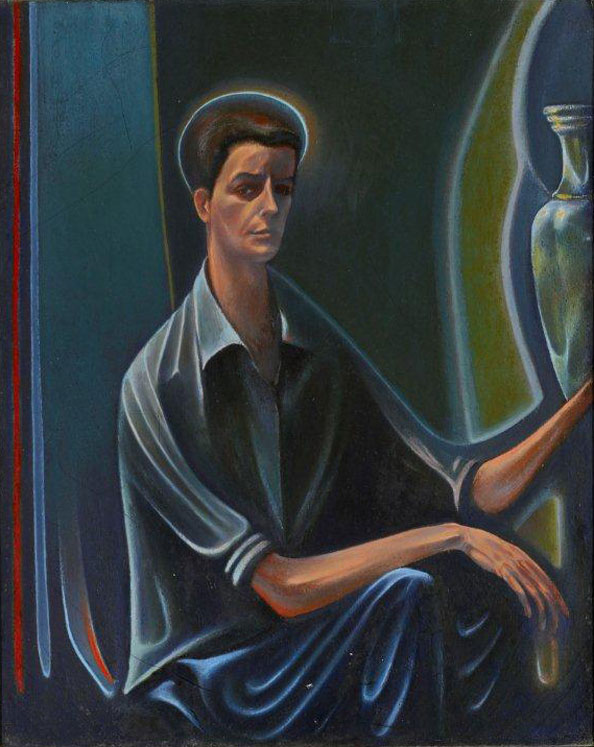 (TORONTO – Nov. 3, 2011) The Art Gallery of Ontario (AGO) opens an exhibition of Canadian artist Jack Chambers’ work on Nov. 26, 2011. Entitled Jack Chambers: Light, Spirit, Time, Place and Life, the collection surveys the varying styles and media used by the artist to create an incredible range of work. Curated by renowned Canadian art scholar Dennis Reid with art critic Sarah Milroy, the exhibition is based largely on holdings from the AGO’s permanent collection and remains on view until May 13, 2012.

Situated in the Signy Eaton gallery, the exhibition is presented within four central themes, each anchored by a representative keystone piece in rooms themed “Light,” “Spirit,” “Time,” and “Place”. More than 100 works in various media make up the exhibition, including 40 paintings, 58 drawings, five films, four prints, as well as archival photos, process materials,  notebooks and letters from the AGO’s Special Collection. Featured paintings include Meadow, 401 Towards London, McGilvary County, and Lunch. A room in the centre of the space will display a selection of Chambers’ influential films including Mosaic, R34, Hybrid, Hart of London and Circle.

Born in London, Ont. in 1931, Chambers relocated to Europe in 1953 to further his artistic studies. Travelling to Spain at the suggestion of Pablo Picasso, he met his future wife and developed a strong connection to that country’s version of Catholicism which would later influence his paintings, representing a sense of the divine in the domestic and the familiar. Known internationally as an experimental filmmaker, Chambers’ varied painting style represents the wide-reaching scope of his vision. Jack Chambers: Light, Spirit, Time, Place and Life organizes Chambers’ works with interconnected themes that were present throughout his career, and permeated his images.

“Jack Chambers is one of Canada’s most recognizable and renowned painters, and has been highly influential internationally both in this regard and as a filmmaker. His role in Canadian art cannot be underestimated,” said Matthew Teitelbaum, the Michael and Sonja Koerner Director, and CEO of the AGO. “It is an honour for the AGO to offer this unique presentation of Chambers’ life’s work, and the opportunity for our visitors to engage with his it.”

An accompanying catalogue edited by Dennis Reid will be published for the exhibition. Jack Chambers: Light, Spirit, Time, Place and Life, is co-published by Goose Lane Editions and the AGO. The soft cover, 240-page volume features 100 full colour images of works by Chambers, and contains essays by Mark Cheetham, Christopher Dewdney, Gillian MacKay, Sarah Milroy, Ross Woodman and Dennis Reid. It includes additional contributions by Eric Fischl, Susan Crean, Michael Ondaatje and John Scott, as well as chronology by Greg Humeniuk. The catalogue is available at ShopAGO for $45.00.

This exhibition is supported by PACART.

With a permanent collection of more than 80,000 works of art, the Art Gallery of Ontario is among the most distinguished art museums in North America. In 2008, with a stunning new design by world-renowned architect Frank Gehry, the AGO opened its doors to the public amid international acclaim. Architectural highlights include Galleria Italia, a gleaming showcase made of wood and glass running the length of an entire city block along the Gallery’s façade; and the feature staircase, spiraling up through the roof of Walker Court and into the new contemporary galleries above. From the extensive Group of Seven collection to the dramatic African art gallery; from the cutting-edge works in the contemporary tower to Peter Paul Rubens’ masterpiece The Massacre of The Innocents, a highlight of the celebrated Thomson Collection, there is truly something for everyone at the AGO.