Works by three female Canadian artists to join AGO collection

Acquisitions made at Art Toronto 2009 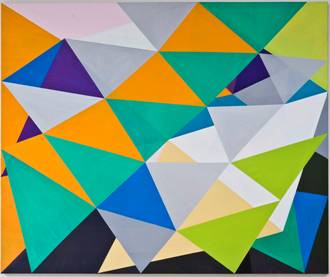 (TORONTO – October 23, 2009) The Art Gallery of Ontario has acquired works by three contemporary Canadian artists at Art Toronto 2009, Toronto’ s annual international art fair. Suzy Lake’s Are You Talking to Me? (1979), a series of photographs of the artist performing the famous scene from Taxi Driver; Cal Lane’s Love Rug (2008), a sculptural work made from an oil drum laser cut into a collage of provocative images; and Elizabeth McIntosh’s Untitled (sale flags and crowns) (2008), a painting exploring concepts of geometric abstraction, will join the AGO’s permanent collection, among the most distinguished in North America.

“Lake is an indispensible artist who informed an entire generation of artists who use photography,” says David Moos, the AGO’s curator of contemporary art. “I am pleased that Lane and McIntosh, two rising contemporary artists, have entered the AGO collection.”

Born in Detroit, Michigan in 1947, Suzy Lake immigrated to Canada in 1968. Since the early 1970s, she has been an influential figure in the realm of performance-based photography and considers photography itself to be a performative medium. To create Are You Talking to Me? (1979) she documented herself performing the famous scene from Taxi Driver and manipulated her negatives and prints to amplify the emotional aspects of the monologue. This is the sixth work by Lake to enter the AGO's permanent collection. She is represented by Paul Petro Contemporary Art, Toronto.

Cal Lane was born in Halifax, Nova Scotia in1968 and was raised in Saanichton, British Columbia. After obtaining certification as a welder, she successively completed a BFA from the Nova Scotia College of Art and Design (NSCAD) in 2001, and a MFA from the State University of New York at Purchase (2005). Working in sculpture, Lane uses juxtaposition and contradiction as a vehicle to find an emphatic image, comparing and contrasting ideas and materials. Love Rug (2008) is a sculptural work made from a 45-gallon oil drum skinned and rolled, then cut into a multiple of images drawn from disparate sources, including tattoo and fabric patterns, religious imagery and hazard symbols. This is her first work to join the AGO’s permanent collection.

Born in Simcoe, Ontario in 1967, Elizabeth McIntosh was a founding member of the Toronto collective, Painting Disorders, a group of six emerging artists aiming to reclaim a space for painting. She now lives in Vancouver where she teaches at the Emily Carr Institute of Art and Design. Untitled (Sale Flags and Crowns), the first work by this artist to enter the AGO’s permanent collection, is a prime example of McIntosh's current enterprise, in which she pursues the possibilities of geometric abstraction through the use of the triangle as the organizing device. She is represented by Diaz Contemporary, Toronto and Blanket, Vancouver.

With a permanent collection of more than 79,000 works of art, the Art Gallery of Ontario is among the most distinguished art museums in North America. In 2008, with a stunning new design by world-renowned architect Frank Gehry, the AGO opened its doors to the public amid international acclaim. Highlights include Galleria Italia, a gleaming showcase made of wood and glass running the length of an entire city block along the Gallery’s façade; and the feature staircase, spiralling up through the roof of Walker Court and into the new contemporary galleries above. From the extensive Group of Seven collection to the dramatic new African art gallery; from David Altmejd's monumental installation The Index to Peter Paul Rubens' masterpiece The Massacre of The Innocents, a highlight of the celebrated Thomson Collection, there is truly something for everyone at the AGO.