Pierre Huyghe's The Host and the Cloud 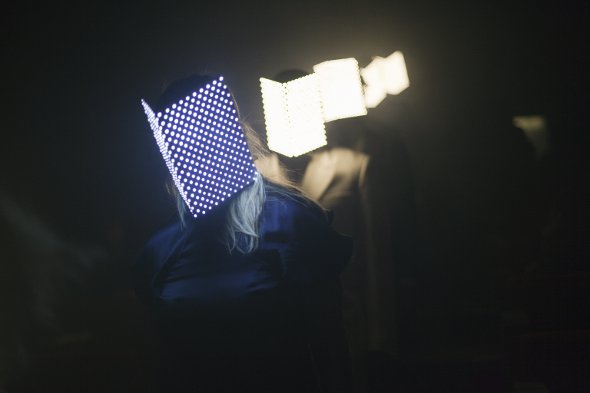 The Art Gallery of Ontario and TIFF present this special screening of the most recent film project by acclaimed contemporary artist Pierre Huyghe, with an introduction by art historian Tom McDonough. Huyghe’s project The Host and the Cloud took place at the Musée des Arts et Traditions Populaires in Paris (2009-2010). A group of actors, acting under a set of fictive conditions or parameters, interacted in this setting over a longer period of time. Their roles and behavior changed as they encountered a collection of live situations, displays and fragmented narratives. The project was witnessed by 50 guests on Halloween, Valentine’s Day, and May Day.

Pierre Huyghe was educated at the Ecole Nationale Supérieure des Arts Graphiques et Décoratifs. Huyghe has had numerous international solo exhibitions at such venues as the Guggenheim Museum, New York (2003), the Neue Nationalgalerie, Berlin (2002); the Stedelijk Van Abbemuseum, Eindhoven (2001); the Museum of Contemporary Art, Chicago (2000); and the Musée d'Art Moderne de la Ville de Paris (1998). He has also participated in a number of international exhibitions, including Documenta XIII (2012), Documenta XI (2002); the Istanbul Biennial (1999); the Carnegie International, Pittsburgh (1999); Manifesta 2, Luxembourg (1998); the 2nd Johannesburg Biennial (1997); and the Biennale d'Art Contemporain de Lyon (1995). He was a recipient of a DAAD Artist in Residence grant in Berlin (1999-2000) and received a Special Award from the Jury of the Venice Biennale in 2001, where he represented France, as well as the Hugo Boss Prize at the Solomon R Guggenheim Museum, New York in 2002. In 2003, he was awarded the Roswitha Haftmann Prize.

Tom McDonough is Associate Professor and Chair of Art History at Binghamton University, State University of New York, where he teaches the history and theory of contemporary art. His most recent book is the anthology The Situationists and the City (Verso, 2009); other publications include The Beautiful Language of My Century: Reinventing the Language of Contestation in Postwar France, 1945-1968 (MIT Press, OCTOBER Books, 2007), and the anthology Guy Debord and the Situationist International: Texts and Documents (MIT Press, OCTOBER Books, 2002). He has been an editor at Grey Room and publishes regularly in journals such as Afterall, Art in America, Artforum, Grey Room, OCTOBER, and Texte zur Kunst. McDonough has been a visiting scholar at the Canadian Centre for Architecture, a Getty Postdoctoral Fellow, and a recipient of an Arts Writers Grant from Creative Capital/Andy Warhol Foundation.